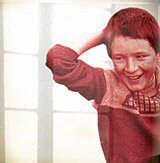 In 2007 I directed Philip Ridley’s powerful play Vincent River for Old Vic Productions at the Trafalgar Studios in Whitehall. Vincent River is Philip’s fourth play, and I was thrilled to work on its first revival. The production was very well received critically.  Lynda Bellingham, cast against type as a cockney mum,  received excellent reviews for her powerful portrayal of Anita, the bereaved mother a victim of homophobic violence. The production received credit from a number of critics for revising critical opinion of the play, and later transferred to New York briefly as part of that year’s Brits on Broadway season.

The deep pleasure that I derived from Rebecca McCutcheon’s excellent revival of Vincent River, the taut two-hander by Philip Ridley about the emotional fall-out from a fatal bout of gay-bashing, was tinged with a certain shame that I had underrated this piece when it was premiered at Hampstead in 2000.

True, my review was predominantly positive but I accused the play of sacrificing plausibility for the sake of engineering forced symmetries in the tense, developing relationship between the couple at the centre. This new staging – with Lynda Bellingham and Mark Field both turning in unimpeachably believable performances – makes those earlier misgivings look beside the point.

Under the impressive direction of relative novice Rebecca McCutcheon, Lynda Bellingham and Mark Field give outstanding performances as two lonely souls in this revival of a two-hander first seen at Hampstead in 2000.

The selection of the small space at the Trafalgar Studios is wise, as it almost literally draws the audience into the shabby living room of a Dagenham house recently acquired by Anita. This hard-nosed cockney could hardly be further away from the figure with which Miss Bellingham will eternally be associated, the archetypal, middle-class Oxo mum.